Lucien Favre’s side headed into the game as 2/7 favourites having put five past Augsburg in their previous game and showcased why they were heavy favourites by displaying their immense attacking firepower. 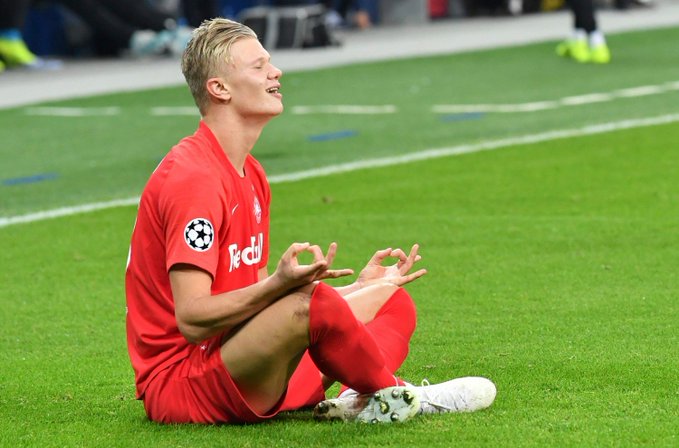 German striker Mark Uth managed to grab a goal for Markus Gisdol’s side but it only proved to be a consolation.

The game started off in tremendous fashion as die Schwarzgelben went ahead inside the first minute thanks to Guerreiro. England international Sancho was played in by captain Reus who found the left-back and Guerreiro slotted past the keeper.

Mats Hummels was the architect of the first goal playing a long ball through the defence to Reus and was once again crucial to Dortmund’s second big chance and goal.

The former Bayern Munich defender played a similar ball to Reus who this time, went through on goal himself and put it through Timo Horn’s legs.

The offside flag was raised initially but after a VAR check, it was ruled that Reus was just onside and thus, the goal stood.

Dortmund controlled the game until the end of the first half with a comfortable 2-0 lead. They started off the second half in a similar vein to the first half.

A brilliant passing move concluded by Reus finding Sancho, who shifted the ball onto his right foot and struck a superb shot into the roof of the net from a tight angle to make it 3-0 in the 48th minute.

Koln were rarely in the game as Dortmund’s quality was too much to handle but they managed to grab a goal and give themselves a glimmer of hope of a comeback.

The Dortmund defence fell asleep after a Koln corner was cleared but the ball was hooked back into the box for Mark Uth who finished superbly from a tight angle.

As if the lead was not enough already, Erling Haaland was brought in as a substitute. The teenage goalscoring machine scored a hattrick in his previous game which was his debut for the club and continued his unbelievable output.

In the 77th minute, he scored a rebound from Guerreiro’s shot and then scored again in 87th minute, rounding the keeper and finishing from an extremely tight angle to make it 5-1.

The Norwegian international has only played for Dortmund for 59 minutes but has managed to score five goals already.