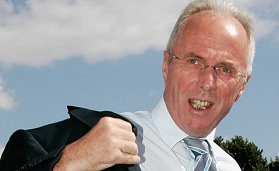 It’s been a summer of restlessness for many football fans, with no World Cup or European Championships to fill the void, and many of us having to spend more time with our loved ones!

But fear not, because on Saturday the football season is officially back underway as the three divisions of the Football League kick-off.

Over the next few days, the SFTS lads are going to be previewing the Npower Championship, League One & League Two. Today, we focus on the Championship:

Which signings have impressed you this summer?
Tony: Matthew Mills has been the stand out signing for me, I saw quite a bit of him at Reading last year and am shocked he is not a Premier League player. Kevin Nolan is obviously an impressive signing and has always worked well under Allardyce, while Craig Mackail Smith was a great buy for Poyet I’m shocked he’s not plying his trade in an already established side with genuine promotion ambitions ( no disrespect to Brighton).
Laurie: I think Mills could be the crucial piece of a heavily-invested jigsaw for Leicester, you’d be hard-pressed to find a better centre-half outside the Premier League. Mackail-Smith is definitely the coup of the summer, while Paul Jewell may have found a cracking strikeforce in Michael Chopra and Nathan Ellington.

Who will be the favourites for automatic promotion?
Tony: It is clear from the above statement that Leicester are without a doubt in my mind the CLEAR favourites for the title and it will be a travesty if they don’t come up. According to the bookies, West Ham have the same odds as Leicester for coming up but i think Leicester have a better chance because they will not have the culture shock of coming down a division. I think West Ham will come second but they won’t have things all their own way as some fans and pundits seem to think.
Laurie: Leicester would only be able to justify automatic promotion come May with their outlay this summer. The test for Sven Goran Eriksson is making sure the new arrivals gel, but with his experience in management there shouldn’t be any worries regarding this. West Ham are the other standout team, but the only thing that may work against them is that they haven’t strengthened a defence that was poor last season, with both Upson and Gabbidon going. But they have a shrewd operator in Sam Allardyce.

Who could be this season’s dark horses?
Tony: Southampton could cause some shocks if people think “they have just come up they will just be looking to survive” then surprises will be in store. They won’t challenge for the title, but they are easily capable of a mid-placed finish if not better. I’m tipping them to do the best out of the promoted sides – Peterborough still leak goals and have lost their 2 main goal threats from the last time they were in this division and Brighton for me have moved to a nw ground at the wrong time, it always takes time to settle in at a new ground and with them being new to the division they will have to settle in to that too which could prove tricky.
Laurie: Brighton are definite dark horses. A new stadium, an ambitious owner and manager, and a vibrant attacking outfit that is only strengthened by the additions of Mackail-Smith and Will Buckley. Securing the loan deal of Tresor Lua Lua is another big boost.

Who could struggle?
Tony: Doncaster are favourites for relegation every year, they are written off and every year they surprise us. I don’t think they have the quality and would tip them to go down but who knows their spirit could see them through.
Laurie: I worry about Watford, who have lost key players in Buckley and Danny Graham as well as their manager Sean Dyche, although bringing in Chris Iwelumo could be a smart deal. Coventry also struggled at the back-end of last season, and could face a difficult campaign this time around.

Who could be the player of the season?
Tony: Signing of the season is always tough to call it generally goes to a player who can find the net. If a team surprises and they have a regular scorer they will get it. If Carlton Cole adjusts to life in the Championship and doesn’t sulk my moneys on him. However, if Ipswich have a good season then I can see someone like Chopra getting it.
Laurie: Kevin Nolan got Championship Player of the Year for Newcastle 12 months ago, and if he has a similar effect with the Hammers, then his leadership abilities and goal-scoring exploits from midfield should make him a serious contender once again.

Which young player should we look out for?
Tony: I am not sure if he comes under a Young player but i think Jack Collison is an outstanding player and if injuries are kept to a minimum he could be the standout player in the whole division, I don’t think he would win player of the year because that goes to goal scorers usually but he could be a big driving force in the division.
Laurie: Last year Scott Sinclair was outstanding for Swansea as he finally began to realise his potential. This year I think Jack Cork could have a similar effect for Southampton. Already an England U-21 international, Cork will play a pivotal role for the Saints in their first season back in the Championship.

So what do you think? Will your team fare well this season? Let us know your thoughts.