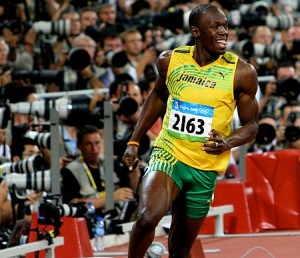 The athletics track in the newly built London Olympic stadium has been completed well in time for the grand opening to be held on the 27th July next year.

The marvelous stadium, which can hold up to 80,000 fans, is almost completed and expected to be finished early next year at a cost of nearly £500m. The track meanwhile, was designed by an Italian group known as Mondo, the same group that were involved in the laying of the surface for the Beijing Olympics four years ago.

Using a form of synthetic rubber the track will appeal to athletes looking to break records as its design was created with speed in mind. A total of five World records were set in 2008 in China and organisers believe that the new track could produce at least that in 2012.