Despite having spent big last summer, I think it’s fair to say that Liverpool fans are hoping for one more big splurge this January. After all, there are still plenty of problems with The Reds’ squad.

Still, signing some major attacking talent this January will be a big help. In fact, if Brendan Rodgers wants a top four slot, then a signing of this nature would be smart.

According to reports in media that Liverpool have moved a ‘step closer’ to signing Napoli’s star striker, Gonzalo Higuain. The 27-year-old has a £30m price-tag and he’s been in fine form this season. In all truth, he’s been in good goal-scoring form for most of his career. The man is a natural. 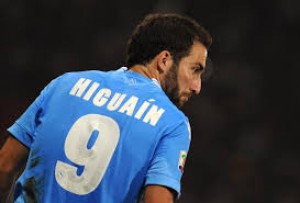 Could Liverpool really sign him? The aforementioned source certainly seems to think so. It notes that Napoli have signed Manolo Gabbiadini as a potential replacement for Higuain. This could leave the door open for Brendan Rodgers to swoop in and grab his man.

We certainly hope that this proves to be the case. After all, Gonzalo Higuain has bags of experience and he’s proven time and time again that he can produce the goods at the top level. In 264 games for Real Madrid, he found the back of the net 122 times. Since moving to Napoli, he’s scored 38 goals in 72 games.