It appears that Arsene Wenger has been given quite a lot of cash to spend during the January transfer window and possibly the summer transfer window. After already signing two players who could help the club achieve its long term targets, Wenger is now looking to bring in two more players who he believes can improve the team in two different dimensions. 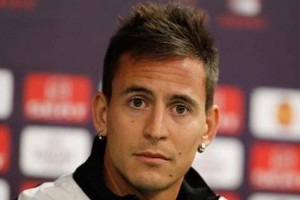 According to reports, the Frenchman has identified Kevin Grosskreutz as the player he wants to sign. The German is currently under contract at Bundesliga giants Borussia Dortmund and is a really great utility man who can play down either flanks and can also operate as a central midfielder.

The player has just 18 months left on his contract and is a boyhood Gunners fan which could help Wenger get his man.

Meanwhile, Wenger could also land Joao Pereira from Valencia in a cut price deal. The Portugal international is yet to play for Los Che this season and could be shipped out before the transfer window ends.

And with opportunities hard to come by, the 30 year old will also not be against the chance for a fresh start.