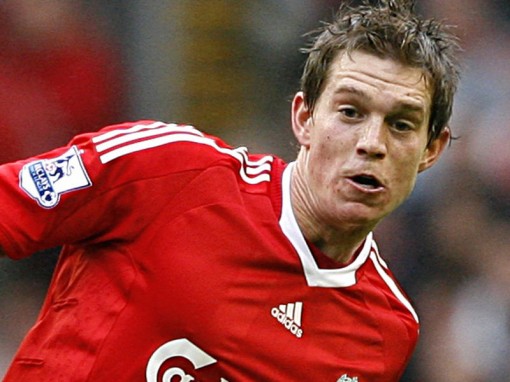 Brendan Rodgers has delivered a blow to Manchester City’s hopes of signing Daniel Agger after revealing the defender wants to stay at the club.

The Premier League champions had targeted the Danish international as Roberto Mancini desperately hunts for defensive reinforcements ahead of the new season.

Agger was the subject of two serious enquiries from City earlier this month with speculation over his future intensifying after Rodgers revealed ‘every player has his price’ at Anfield.

Stay in touch with the latest footy news:

But despite the new Reds chief acknowledging the club will consider offers for any member of his squad he is more than confident the 25-year-old will remain on Merseyside.

“For me there has been no big change. The first point is we don’t want to sell him,” said Rodgers.

“Secondly, I believe he will be a player who will thrive in this way of working and thirdly he doesn’t want to leave – which is a great help as well.

“He is a top player and I want to keep him here. Over the last couple of months we have been able to sell the project and vision to a number of senior players.

“They are very happy to move forward with it and I would expect Daniel to be the same.

“He made that clear in the very first conversation we had that he wanted to be part of our revolution here in terms of moving forward and he hasn’t wavered from that in any single way whatsoever.

“Other reported clubs have made bids for him, which is natural, because he is a top player.

“But for us nothing has changed: he doesn’t want to go and we don’t want to sell him.”

Rodgers hopes to tie up a loan deal to sign Real Madrid midfielder Nuri Sahin before the new campaign kicks off on Saturday but still faces competition from Arsenal.