According to media reports in Spain, Alvaro Arbeloa is hoping to jump ship before the transfer window closes in a bid to gain regular football.

The former Spain international is reportedly frustrated at his lack of game time this season, having started just five La Liga matches.

The Blues could miss out on the signing of Real Madrid star defender, who is keen to re-sign for Liverpool this month.

The 31 years-old has fallen out of favour at the Bernabeu following the emergence of youngster Dani Carvajal and is said to be considering a move away from the European Champions.

As, Chelsea gaffer Jose Mourinho knows the player well from his time in Madrid and was reported to be interested in bringing the Spaniard to the Stamford Bridge. 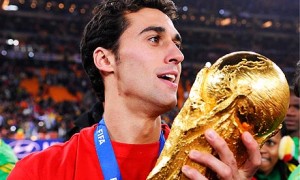 Meanwhile, Arsenal were also said to be in the hunt but it would appear that Arbeloa has set his heart on a return to Anfield, where he played between 2007-09 seasons.

The Reds want a new right-back to replace Glen Johnson, who is heading for the exit door, and Arbeloa would be pretty much guaranteed first-team football on Merseyside.

The England full-back’s contract expires at the end of the season, with Arbeloa seen as just a short-term solution due to his advancing years.