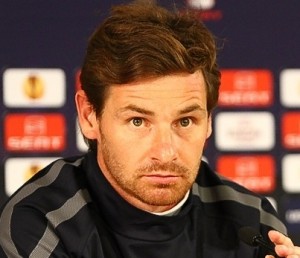 Chelsea FC manager Andre Villas-Boas is expecting the toughest and tightest ever Premiership race after seeing his side thrash a poor Bolton Wanderers side at the Reebok on Sunday.

A hat-trick by Frank Lampard left Bolton Wanderers at the foot of the table with just one win in seven heaping more pressure on manager Owen Coyle.

At the top end of the table Chelsea’s win keeps them within striking distance of Manchester United and Manchester City with just three points separating the sides, and Villas-Boas believes that consistency will play a huge part in who takes the Premiership trophy home this season.

“The pattern is of a tight Premier League, this season may be the tightest ever, we’ve just got to continue to compete and try to add the most amount of wins. It’s a good thing for us looking into the future as the other big title chasers play against each other, and if we can beat Everton then we can wait for these results and be closer to the top, or move away from those challenging us.”

The Chelsea manager also had praise for Newcastle United and Tottenham Hotspur, admitting they were challenging his Stamford Bridge side nearer the top of the table.

“The Premier League is taking a pattern with other teams like Newcastle and Tottenham challenging us for this position and Liverpool winning the Liverpool derby.”

With regards to focus, the 33 year old manager claims his Chelsea outfit are ready for the chase, stating that their experience of playing without being the Champions is something that is painful and something they wish to change this season.

“Most of these players went through a season when they weren’t champions and it hurts them. All of them are focused on getting the Premier League back.”

Chelsea next face Everton at Stamford Bridge after the international break on the 15th October and with Manchester United travelling to Liverpool, and City facing a tough Aston Villa side, it could be an opportunity to close in on the current league leaders.