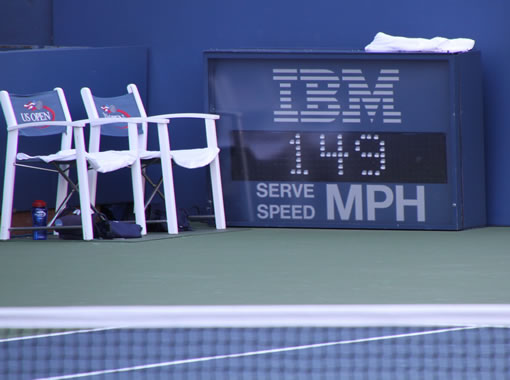 Andy Murray is in US Open quarter-final action later on this evening, with the match available to watch online with Bet365, as he locks horns with Stanislas Wawrinka in what should be a cracking encounter between two players hopeful of reaching the final this year.

Murray will of course be the favourite for this one as he is the number three seed, whereas Wawrinka is the number nine seed and needs to produce one of the best performances of his career to come out on top here.

The Scotsman hasn’t been at his best during the US Open so far, but the important thing is that his name is still in the draw and he is likely to improve with the pressure on.

You can watch all the action from the 2013 US Open, including today’s matches with Bet365. Simply click here to forward to the special landing page and navigate to ‘Live Streaming’ at the top of the page and continue. You can also claim £200/€200 in free bets as you watch!

Last time out, Murray locked horns with Denis Istomin and took a while to get going as he lost the first set on a tie break. However, he did then bounce back and take the final three sets.

The US Open Champion can’t afford to let his opponent take the first set this time out as he is a much better player than Istomin and it isn’t going to be as easy to recover the match.

If at his best, this will of course be a comfortable match for the British number one and if you fancy a bet on him winning, you can back him at 2/7 with the bookies, so he is the big favourite.

It is likely he will be locking horns with Novak Djokovic in the semi-final and that means Murray has to be playing some top-quality tennis.

He does have a decent record against Wawrinka and with the knowhow the world number two has here at the US Open, he should have more than enough quality to come out on top.

Murray has shown signs of his best tennis here at the US Open, but he needs to produce a top-quality performance from start to finish as any player that reaches this stage of the tournament is in good form.

Wawrinka knows he is in for a tough match here, but he has beaten his opponent in the past and should be confident he can come out on top.

When looking at the odds, you can see that Switzerland’s number two is being offered at 16/5 to come out on top here and some might see that as good value from the bookies. Should he get through this match, he might just believe he can cause a big upset this year and win his first Grand Slam.

Wawrinka has to start well and in order to progress to the semi-final, you think that he might just need to take the first set and build some momentum early-on. If he loses the opener, the game becomes extremely tough as Murray is one of the toughest men to beat over five sets.

It should be an excellent encounter from this superb tournament and it has the potential to go all five sets. All will be revealed from around 6.30pm this evening.