After a difficult start to the season, it was widely expected that Liverpool would be very busy in the January transfer window and to further fuel such a belief with manager Brendan Rodgers had hinted that he will bring in at least a couple of new faces to the club.

But the scenario is totally different as Liverpool have been very quiet this month on the transfer front and have not conducted any business so far.

However, there is still a couple of days remaining before the January transfer window slams shut and it is believed that the Reds will ramp up their pursuit for top targets within the next 48-72 hours. 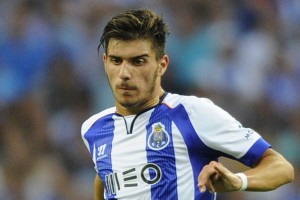 a host of names to the Reds continue to intensify and it has now been claimed that Liverpool are eyeing a sensational double swoop for exciting young duo Leonardo Bittencourt and Ruben Neves.

First the 21years-old, Bittencourt is a talented young midfielder who has been creating waves with his wonderful performances for Hannover this season and now according to reports from the Bild, Liverpool are said to have expressed their interest.

The second player whom Rodgers has been linked with a swoop is Portuguese sensation Ruben Neves. Despite being only 17, Neves has already managed to establish himself as a regular for Porto and has since been hailed as the most exciting young player to have emerged from Portugal in recent times.