Arsenal after another Lille forward? 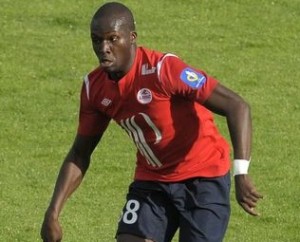 Reports are claiming that Arsenal maybe tempted into making a second transfer trip to Lille in an effort to lure Moussa Sow to the Emirates Stadium.

The Gunners already took Gervinho from the Stade Lille-Metropole in the summer which would make Sow the second striker that they have taken from the Ligue 1 champions within a year.

The Senegalese international isn’t the sort of player that the North London side would usually go for at the age of 25 but they could be discovering that youth isn’t everything, as they look to return to the dominant side they were a decade ago.

Sow boasts a fantastic goalscoring record with Lille, scoring 28 times in 45 appearances since his 2010 move from Rennes.

The Dutchman is conflicted however and is currently stalling on his contract talks, not wanting to commit to the club before seeing how events pan out.

Gervinho is taking his time to settle into English football and Sow could provide ample support to van Persie, relieving some of the pressure on the captain’s shoulders.

It’s unknown how much Sow would cost after he moved to Lille on a free transfer last year, but it would surely be in excess of £15m.