The Gunners boss confirmed the 17-year-old will undergo a medical on Friday and reiterated his desire to sign another defender in the January transfer window.

The Polish youngster has been heavily linked with a switch to London in recent weeks, with Bielik saying on Thursday that he was heading to England to “fulfill my dreams”.

And Wenger confirmed that a deal was imminent at his news conference on Friday, with Bielik set to undergo a medical.

When asked if a fee had been agreed with Legia for the transfer of the 17-year-old, the Gunners boss replied: “Yes.” 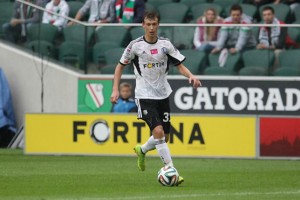 Arsenal have also been linked with a move for West Ham defender Winston Reid, but Wenger remained coy when pressed on that speculation.

“Of course, we are out on the market and we work very hard with our scouts every day to find a defender,” he said.

Asked whether there was any truth in rumours linking Borussia Dortmund midfielder Ilkay Gundogan with a move to the club, Wenger added: “At the moment we are more looking for the defensive department.”

Arsenal take on Manchester City in the Premier League on Sunday.