The Gunners are set to try and tempt West Ham into cashing-in on Liverpool and Tottenham target Winston Reid after Sam Allardyce admitted the defender has no future at the club.

Arsenal are expected to bring in another central defender this month after their lack of options at the back were exposed when Laurent Koscielny was on the sidelines, with Nacho Monreal and Mathieu Debuchy both having to fill in at centre-back in recent weeks.

As, several names have been linked with a move to the Emirates but recently Reid has emerged as a realistic target after his hugely impressive displays at the heart of West Ham’s defence over the past 18 months. 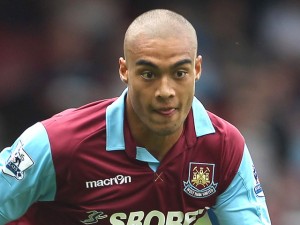 However, it seems Arsenal are hoping to steal a march on Liverpool and Spurs, as Arsenal  gaffer Wenger has now made Reid one of his key January targets and is looking to try and tempt West Ham into cashing-in now rather than lose him for nothing in six months time.

The Gunners are set to make a formal move and are confident the Hammers will sell for around £3m, while they will have no problem meeting Reid’s supposed £60,000-a-week wage demands.It remains to be seen how Liverpool and Tottenham will react to this news.