Its Arsenal v Anderlecht from the Champions League with the latest odds, live streaming and betting as the Gunners look for a straight forward three points at the Emirates.

Arsenal can book their place in the last 16 of the Champions League on Tuesday when they host Anderlecht.

Late goals from Kieran Gibbs and Lukas Podolski helped Arsenal come from a goal down and record a vital win in the reverse fixture.

Arsenal enter the game in the best form of their season, having recorded three consecutive victories in all competitions.

They eased past a struggling Burnley 3-0 on Saturday, with the summer signing Alexis Sanchez scoring twice for the Gunners.

Anderlecht themselves could only manage a 1-1 draw at home to Lokeren, however remain clear at the top of the Jupiler League.

The pair have made just twice before, excluding the earlier fixture between the two, with both sides comfortably winning the home fixtures in the 1970 Fairs Cup.

Elsewhere in the group on Tuesday evening, Borussia Dortmund will look to make it four wins from four at home to rock bottom Galatasaray. 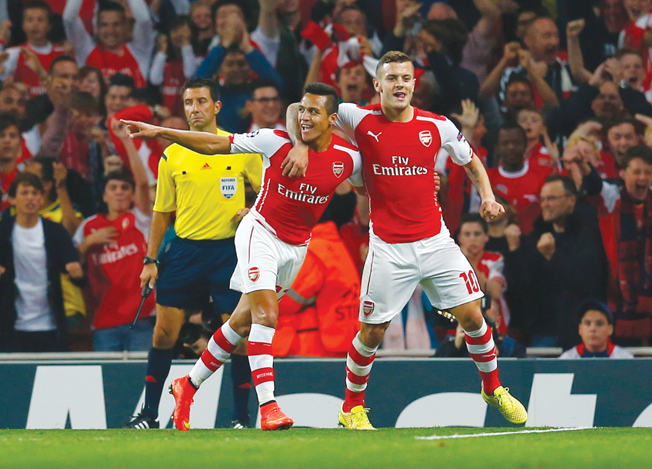 Team news
Illness has once again ruled Jack Wilshere out, meaning Aaron Ramsey, who recently recovered from illness himself, will start in midfield.

Mathieu Flamini and Mikel Arteta will battle it out for the defensive midfield position, with the Spaniard favourite to get the nod.

Again Nacho Monreal will partner Per Mertesacker in the heart of Arsenal’s defence, whilst Wojciech Szczesny will return from a one game ban.

Summer signing Stevan Defour will start in midfield and will be partnered by Youri Tielemans.

The former Portsmouth defender Anthony Vanden Borre will start from right back, with Olivier Deschacht to be deployed from the opposite full-back position.