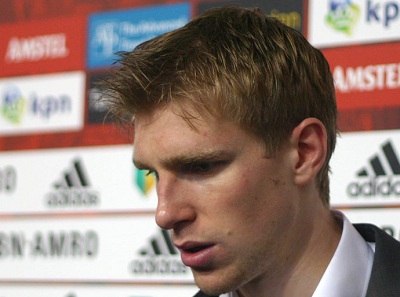 Henry has been training with the Arsenal side whilst the MLS are on their winter break and Mertesacker claims the Frenchman still shows the same class and attitude as he did when he previously played for the Gunners.

“In training, Henry shows his class and (it’s good) to have him with us. He still has the same attitude he showed in a lot of games at Arsenal.”

Although Mertesacker gave little away with regards to a transfer offer for Germany international Podolski, it is obvious that he holds his international team mate in high regard.

“He is a great player, especially for the national team, he is a good striker with a very good finish. His left foot is unbelievable and I am a fan of him. This year, he has scored a lot of goals. He is powerful as well.”

With Henry very much in the bag and reported to be unveiled next Monday, one can only wonder at this time whether Arsenal manager Arsene Wenger is seriously considering a move for Podolski.