According to media reports, Manchester United are ready to battle it out with Arsenal over the signature of Southampton midfielder Morgan Schneiderlin.

The Frenchman was strongly linked with a move away from St Mary’s in the summer with Arsenal understood to have put together a lucrative contract offer to try and lure the midfielder to the Emirates.

However, a move failed to materialise and Schneiderlin was forced to vent his frustration on Twitter after Southampton refused to let him join the likes of Adam Lallana, Rickie Lambert, Dejan Lovren, Calum Chambers and Luke Shaw in leaving the club in the summer transfer window.

Without any disappointment, Schneiderlin has continued his excellent form this season and with the January transfer now open for business, it he is once again in demand. 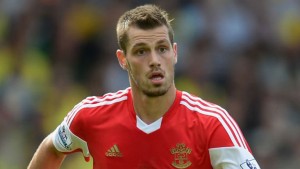 The Gunners are now ready to renew their interest are willing to test Southampton’s resolve with a £27m offer as Arsene Wenger looks to strengthen his midfield options.

On the other hand, the Anfield will now face fresh competition from Manchester United as Louis van Gaal has supposedly identified Schneiderlin as a potential long-term replacement for Michael Carrick.