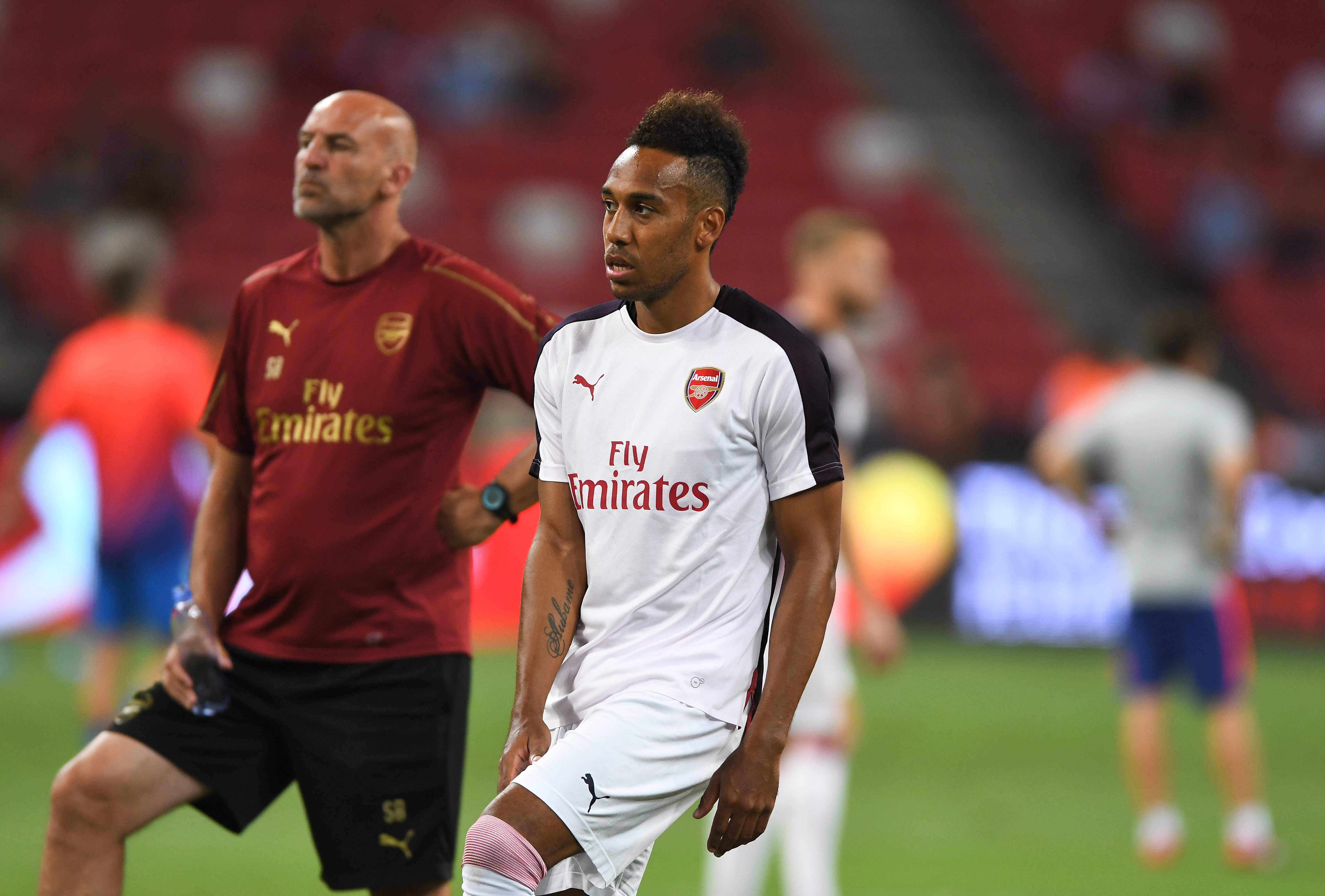 Arsenal bosses believe that star striker Pierre-Emerick Aubameyang and Alexandre Lacazette are both stalling on a potential new deal as due to manager Unai Emery still being in charge.

It is reported that head of football Raul Sanllehi and technical director Edu held crisis talks with Emery in the tunnel area of the Emirates following the Gunners’ disappointing 2-2 draw against Southampton amid major doubts from inside club about the Spaniard’s position.

Both star strikers’ contracts expiring in the summer of 2021 and 2022 respectively, and with the lack of improvement under Emery, it is looking unlikely that they will extend.

Since Emery’s arrival in the summer of last season, the Gunners have not qualified for the Champions League, which is a huge factor in players’ decision to either join the club or extend their contract.

The former Paris Saint-Germain boss had ample opportunity to qualify for Europe’s biggest competition as they only required six points in their remaining five games to pip rivals Tottenham Hotspur to fourth place.

However, losses to Leicester City, Crystal Palace and Wolves, all of which were consecutive defeats, meant that Arsenal missed out on automatic qualification to the Champions League by two points.

They had the chance to make amends in the Europa League final, which if they won, would allow them to compete in the Champions League.

With Emery winning three consecutive Europa League’s during his tenure at Sevilla, it was expected that they would win in the final.

Yet, they faltered again, this time being embarrassed 4-1 at the hands of local rivals Chelsea.

This season could have been a great opportunity for the Gunners to seal a top-four place in the league given their spending in the transfer window and the demise of their rivals.

Manchester United and Chelsea were going into the season with a mindset of rebuilding under managers who were legends at the club.

Arch-enemies Spurs were said to challenge Manchester City and Liverpool for the league but they crumbled under former Mauricio Pochetinno leaving a huge opportunity for Arsenal to clinch third.

Once again, they have failed to grab that opportunity with Emery’s poor tactics and decision making leaving the Gunners 8 points adrift from the top four already.

This is despite the heroics of his star strikers Aubameyang and Lacazette, with the former being the quickest Arsenal player to reach 50 Premier League goals for the club.

With the displeasure of fans and the Arsenal hierarchy on Emery’s back, the bookies have shortened the odds of Emery being sacked at 1/2.