Both Alex Oxlade-Chamberlain and Hector Bellerin will undergo fitness tests ahead of Arsenal’s trip to Brighton and Hove Albion in the FA Cup fourth round on Sunday.

The Gunners duo have been struggling with problems since the 2-0 Premier League win over Manchester City on Sunday and are doubts for this weekend’s cup clash. 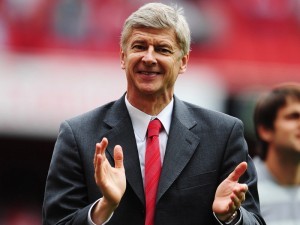 “We have uncertainties about Chamberlain and Bellerin,” said Arsene Wenger in a news conference at London Colney on Thursday morning. “They have tests today. Bellerin should be available. Oxlade-Chamberlain, I’m not sure.” he added.

Wenger also confirmed that Serge Gnabry is back in training after his lengthy lay-off with a knee injury. Meanwhile, he confirmed that new signing Krystian Bielik will not be ready for selection for around three weeks after he signed for the Gunners from Legia Warsaw on Wednesday.

When asked whether the 17-year-old could be involved for the Gunners at the weekend, Wenger replied:

“He’s not ready for three weeks. He has only just come from Poland so he is not fit because they had a winter break. He won’t play”

The Frenchman also said that club-record signing Mesut Ozil is “likely to start” Sunday’s fourth-round clash, as the German World Cup winner continues his return to full fitness following a lay-off with a knee injury which left him out for almost whole  first phase of the season.