According to the reports today, the Gunners have already held transfer talks with Newcastle for a January purchase of Cheick Tiote.

The reports come from the English media which say that Arsenal are now considering following up those talks with a bid of around £9m.

Also one attraction of course in this transfer market is that Newcastle’s top players are still eligible to play in this season’s Champions League. Arsenal will play Monaco in the first leg of their last 16 tie on February 25 meaning Cheick Tiote would be back from the African Cup of Nations well before then. 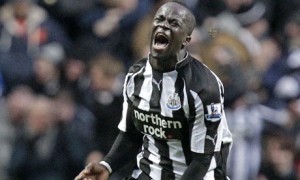 Cheick Tiote is any way, shape or form, one of Newcastle’s ‘top’ players, is open to question. Now if there is any substance to these reports then there would be little doubt Mike Ashley would snap their hands off for a player who is one Newcastle’s top earners and who will be 29 when next season kicks off.

Majority of the fans would also think it is a no-brainer for £9m but whether any potential incoming funds would be spent this window is something none of us would put a bet on.

Arsene Wenger is desperate to add potential players in the midfield as his side struggled in the area throughout this season.