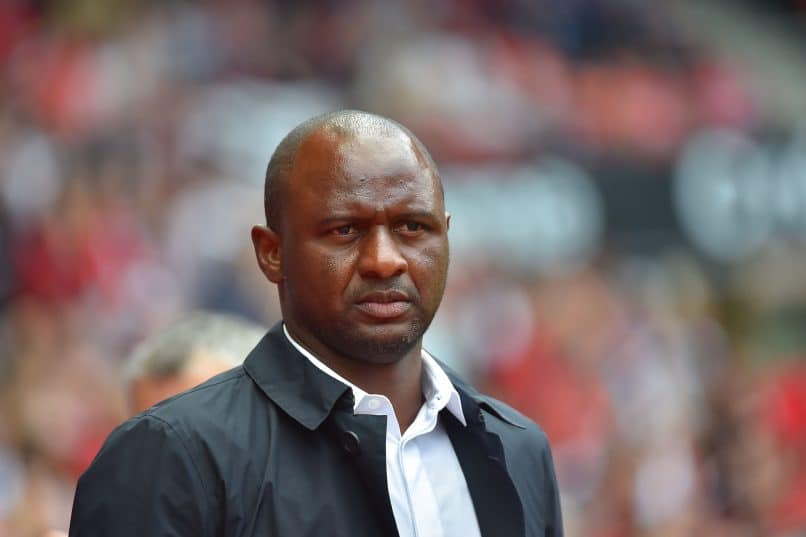 The former midfielder, who was apart of the famous Invincibles squad under legendary manager Arsene Wenger, has impressed the Gunners hierarchy during his time with the French outfit.

Vieira’s teammate at Arsenal, Freddie Ljunbjerg, has taken over from Emery in a caretaker role until the bosses appoint a permanent manager.

The rumours come on the back of a hefty defeat for Vieira’s side, having lost to Saint-Ettiene 4-1 away from home.

Nice currently sit in 14th place in the Ligue 1 table, which sounds terrible, but they are only five points away from 4th and six away from 3rd place.

Vieira’s team had a great start to the season, winning four out of five games, however, they hit a rough patch soon after.

The Frenchman’s side lost four and drew one in five games and have failed to really recover from the poor form.

Their last five games in the league have been decent having won and lost twice and drawing the remaining fixture.

Despite having a net spend of £26m in the summer transfer window, they did let go off their best player in Allan Saint-Maximin who was a crucial cog in their side.

The winger left to go to Newcastle United and was replaced by an up-and-coming talent in Alexis Claude-Maurice who has shown a lot of promise.

The acquisition of young striker Kasper Dolberg from Ajax and young midfielder Wylan Cyprien means that the squad is built for the future. This is also proven by the average of the squad which is 23.5 – the youngest squad in the league.

The legendary midfielder also managed New York City FC, where he was relatively successful having a win percentage of 44%.

With the rumours heavily linking him to the Gunners job and his affiliation to the club, the bookies have his odds of managing his former club at 6/1.

Only four managers have shorter odds than the World Cup winner, which includes current interim manager Freddie Ljunbjerg, whose odds of taking the job on a permanent basis set at 7/2.

Another former Arsenal midfielder has also been linked heavily in Mikel Arteta, the current Manchester City assistant manager, who’s odds are set at a reasonable 5/1.

Former Juventus manager Massimiliano Allegri has been heavily linked with both the Arsenal and Manchester United job and the bookies have him 4/1 to replace Unai Emery.