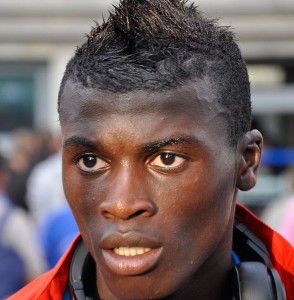 Arsenal are monitoring two fresh youngsters in Mateo Kovačić and M’Baye Niang and will continue to follow both throughout the season to judge improvement and maturity.

Niang will be seventeen this December and currently plays for French side Caen. The youngster has already represented France at U16, U17 and U21 level, with Arsenal, amongst top French sides PSG and Lille also keeping a close eye on his performances this season.

Kovačić meanwhile is a Croatian midfielder who turned seventeen in May and has impressed for his club Dinamo Zargreb with may claiming he has the potential to be as good as Wayne Rooney and Lionel Messi, however, as with all decent youngsters these days the teenager has already been linked with a possible move to Manchester United and to possible suitors in Spain.

Arsenal have always managed to find youngsters with top potential however they have failed to bring in certain talents, normally due to negotiations falling at the last hurdle or Arsenal’s lack of flexibility when it comes to offering slightly more than the market value of the player, only for another side to be prepared to gamble that extra two or three million.

Although no official moves are yet to made, enquiries have been instigated and the scouting network of the Emirates side will continue to monitor the performances and attitude of both players before making a decision within the next eighteen months.