Arsenal have been told by Morgan Schneiderlin that they will have to wait until the summer if they want to prize him away from Southampton.

Schneiderlin was strongly linked with a move away from St Mary’s in the summer with Arsenal understood to have put together a lucrative contract offer to try and lure the midfielder to the Emirates.

A move failed to materialise and Schneiderlin was forced to vent his frustration on Twitter after Southampton refused to let him join the likes of Adam Lallana, Rickie Lambert, Dejan Lovren, Calum Chambers and Luke Shaw in leaving the club in the summer.

The French international continuing his excellent form this season, there were speculation in recent weeks has suggested that Arsenal are ready to renew their interest in the £27m-rated midfielder. 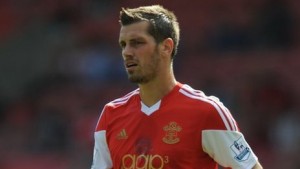 However, Schneiderlin has now all-but ruled out any possibility of leaving St Mary’s this month after telling reporters he will see out the rest of the season with Southampton before assessing his future next summer.

The news will come as a blow to Arsene Wenger as the Gunners boss is believed to be on the look-out for a new midfield general after seeing a number of his current crop sidelined through injury during the first half of the season, and Schneiderlin has once again emerged as a top target.