The 29-year-old joined the Welsh club on a free transfer last summer. He has only started in five league games, coming up from the substitute’s bench on 12 occasions, and managed to score only one goal in the league this season.

As, the Gunners gaffer Arsene Wenger has already allowed Lukas Podolski to join Inter Milan on loan for the rest of the season. French striker Yaya Sanogo is also set to leave the Emirates on a short spell as several clubs are after his services.

The situation will leave the north London club’s boss with Olivier Giroud and Danny Welbeck as the only two recognised strikers in the squad along with Joel Campbell. Wenger wants to add another player to the squad and has set his sights on Gomis. 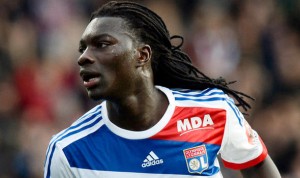 He earlier revealed that his agent has speaking to one very big club and was hoping to complete his move in the January transfer window.

“It is nice to hear that other clubs are interested in me even though I have not played so much. There is more to come from me and I just want to play regularly” said Gomis.