According to media reports, the Gunners are preparing an incredible £64m move for reigning European Champion, Real Madrid star Isco.

They are hoping to beat up off competition for the Spanish star from Chelsea, Liverpool and Manchester City.

Manager Arsene Wenger has reportedly made the Spain star his number one target and is prepared to push through a club record transfer.

Isco moved to Madrid in 2013 but has often found his place in the team obstructed by Cristiano Ronaldo, Gareth Bale, James Rodriguez and Karim Benzema. In Bale’s absence, however, he became a pivotal man in Carlo Ancelotti’s side. 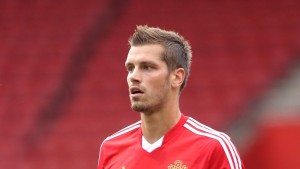 On other side, Arsenal will continue their interest in the £25m-rated Southampton midfielder Morgan Schneiderlin, although the club expects that a deal for the Frenchman would only be realistic in the summer rather than the January transfer window, according to news coming from Southampton.

Schneiderlin, 25, is the club’s first choice for the defensive midfield role that needs addressing as a matter of urgency for Wenger in the current transfer window.

He is also a major target for Tottenham in the summer and it is anticipated that he will have to make a decision between the two north London rivals.