There is one player in particular every Gunner fan would love to see in an Arsenal shirt and that’s Borussia Dortmund’s Mats Hummels. The top class centre back has been one of the most talked about transfer targets for Arsenal.

Although Dortmund are standing firm over losing another of their star assets, but according to reports the player himself has grown frustrated over the clubs dismal season and could be available for between £30m – £50m this January.

The German international is one of the best around and has been highly courted by a number of top clubs around Europe, with United apparently having already offered a bid for the 26-year-old this month. 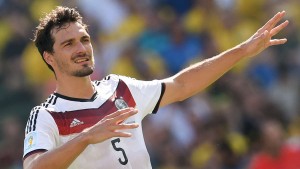 Same like the Red Devils, Arsenal’s main concern is in defence and the lack of cover they have at the back. Laurent Koscielny who has been nursing persistent injury problems this season has been overplayed with the lack of substantial back up to allow him a rest.

But while it is all nice and jolly to fantasize about Hummels in an Arsenal shirt, unfortunately it won’t be happening any time soon. It is almost certain that Dortmund will not sell their captain in January, especially for anything under £50m.