The Gunners will meet with Borussia Dortmund in the coming days to discuss a 16m move for Ilkay Gundogan.

The German international has emerged as one of Arsene Wenger’s top targets as he looks to reinforce his midfield this month.

And after rejecting Dortmund’s attempts to get him to sign a new deal, Gundogan could be on his way to the Premier League. As, reports in Germany suggest that with just 18 months left on his contract, Dortmund are now prepared to discuss a move for the player.

The 24-year-old has spent large parts of the last year out injured, which scuppered interest from the likes of Manchester United in the past.

But it is claimed that Arsenal will meet with Dortmund in the coming days to thrash out a deal for the player. 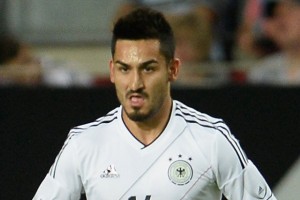 Arsenal have also been linked with the likes of William Carvalho with a £25m move mooted earlier today but it seems that Gundogan could mark Arsene Wenger’s first dip into the winter transfer market if talks go as planned.

On the other end, the Gunners will also compete Liverpool for Argentina’s star forward. They could be the team to scupper any hopes Liverpool may have of signing Napoli striker Gonzalo Higuain this January, according to the latest reports.