The Gunners remain in talks with Legia Warsaw after the Polish outfit rejected an improved offer for highly-rated defensive midfielder Krystian Bielik.

Bielik has emerged as one of the hottest properties in his homeland after breaking into the first team set up at Legia this season following some impressive displays for the clubs youth team, and he has made six appearances for the first team this campaign.

The 17-year-old’s potential has alerted Arsene Wenger as he’s been strongly linked with a move to the Emirates in recent weeks and reports suggest that Arsenal saw an opening offer of €2m (£1.6m) rejected last month. 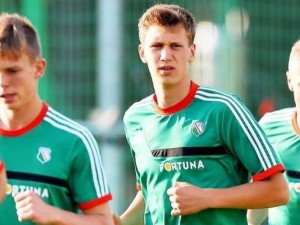 However, a potential deal could still be on the cards as the report suggests that we remain in talks, with Legia holding out for a fee closer to €3 million for one of their most prized assets.

He just only moved to Warsaw last July when they paid Lech Poznan just £9,500 for his signature, so they stand to make a huge profit on their investment if we’re able to get a deal agreed.

Arsenal gaffer, Wenger has history of negotiating with the Polish side after signing Wojciech Szczesny from them as a 16-year-old back in 2006, so we’ll hope that good relationship will help find an agreement for Bielik this time around.