The Gunners are reportedly ready to make a £13.5m bid for Valencia’s Jose Luis Gaya as they look to beat Real Madrid to the defender’s signature.

The Gunners are known to be in the market for defensive options this month and Arsene Wenger’s time is rapidly running out, with the transfer window closing on Monday.

Gaya has been linked with both Arsenal and Real Madrid for some weeks and is widely regarded as one of the best defenders outside of the Bernabeu and rivals Barcelona in Spanish football. 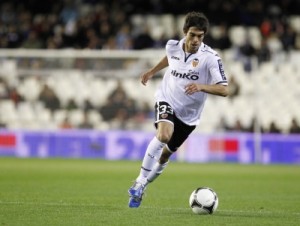 And now the Emirates side could stun Madrid by unexpectedly agreeing to meet the 19-year-old £13.5m release clause in order to secure a deal before the end of the month, according to the Express.

However, Valencia are also hoping to offer the youngster a bumper new deal to keep him at the Mestalla.

Meanwhile, Arsenal are lining up a shock move to sign Tottenham goalkeeper Hugo Lloris, according to reports in France.

The 28 years-old who is enjoying another fine season with Spurs, is rated as one of the best goalies in the world and has been linked with Real Madrid and Juventus in recent months. But L’Equipe say Arsenal are keen on landing Lloris in a deal which would rock north London.

Arsenal are currently weighing up their goalie options with Wojciech Szczesny having been dropped due to recent mistakes, and new signing David Ospina yet to fully prove himself.