According to reports in Spanish media, Arsenal transfer target Sergio Busquets is negotiating a new deal with Barcelona

The Spaniard was linked with a move to Arsenal by the English media, but if that report is accurate, the Gunners now seem extremely unlikely to get their man.

The reports suggests there could be an increase on the buy-out clause in Busquet’s previous contract, which was valued at €150 million, suggesting it would take a world record offer if Arsenal still wanted to push on and try to do a deal. 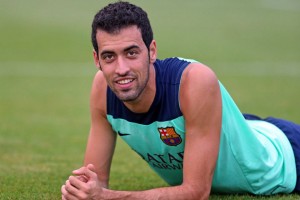 The Spanish International has been the anchor in the Barcelona midfield for several years but Arsenal’s attention is elsewhere according to the reports today, which suggests Newcastle’s Cheick Tiote is a more realistic option for the club.

The Spanish Newspaper claims that Barcelona’s president Sandro Rosell, vice-president Josep Bartomeu and the club’s sporting director Andoni Zubizarreta all attended a meeting with regards to the new deal.

The Gunners gaffer Arsene Wenger is desperate to include a potential player in the midfield during this transfer window as his side struggled in the area throughout this season. Sergio Busquets would be the perfect man to fill this position for the Emirates side if they manage to move him from the Spanish giants Barcelona.