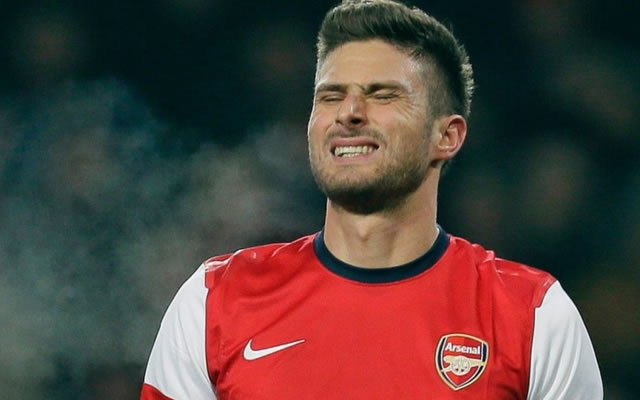 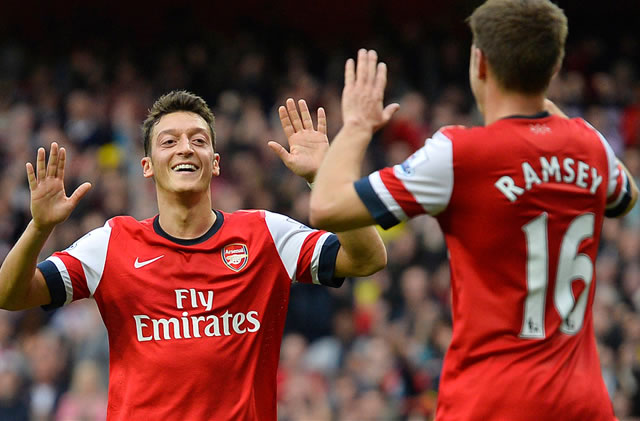 The Gunners are favourites to pick up their third win in 8 days as they host a red-hot Everton side fresh off upsetting former boss David Moyes and Manchester United in mid-week.

Sunday’s late kick-off will see two of the Premier League’s most in-form sides clash at The Emirates as league leaders Arsenal welcome Everton to London with both teams searching for their third win of the week.

have been consistently at the top all season long and The Gunners can move seven points clear at the top if they are able to pick up the victory at home.

After making several changes in their 2-0 win over Hull, Arsene Wenger is likely to switch back to his preferred starting line-up with Jack Wilshere and Olivier Giroud starting in place of Tomas Rosicky and Nicklas Bendtner.

However, right-back Carl Jenkinson could retain his place in the starting line-up with Bacary Sagna only just recovering from a hamstring problem meaning that Wenger may save the Frenchman for their Champions League match against Napoli on Wednesday night.

Traditionally, this fixture makes happy reading for Arsenal fans with The Gunners having been unbeaten in their last 12 games against The Toffees and winning 8 of them.

This will no doubt be a stat that Everton fans will want to crush as their side make the trip down on the back of some impressive form.

The Toffees have only lost once all season and have won their last three games which has seen them rise to 5th in the table and a win would move them into fourth and tied with Chelsea and Liverpool on points.

With no fresh injury concerns ahead of the game, Roberto Martinez is likely to stick with the same side that swept aside Manchester United and Stoke earlier this week.

It means there will be another start for in-form Costa Rican defender Bryan Oviedo who has scored twice in a week as he continues to put in impressive performances as he fills in for the injured Leighton Baines.

Much of Everton’s success this season has come down to their good defensive record and The Toffees will be looking to get four clean sheets in a row for the first time in 18 years if they can stop Arsenal from scoring in the late kick-off.

Both Arsenal and Everton are in good form lately and both sides know that they won’t be easy to break down as both sides look to keep their momentum going at the top of the table.