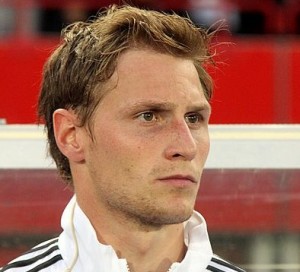 Reports are suggesting that Arsenal could be ready to dip into their pockets once again in January, putting in an offer for Schalke 04 defender, Benedikt Höwedes.

The centre-back, who featured as an integral part of the German outfit’s Champions League run last season, has attracted great interest over the past year, earning his international German debut in the meantime.

Höwedes has been a part of the Schalke 04 setup since 2007, after featuring exclusively as a part of their youth system since the age of 13. The 23 year-old has matured through the Schalke 04 ranks however, and could now be ready to make the jump to the Premier League.

Arsenal signed Per Mertesacker from Werder Bremen in the summer transfer window for a reported £10m, and could be looking for more Bundesliga backup already. Due to his age, Höwedes will likely cost Arsenal £10m-£15m, surprising seeing as they signed three defenders this summer, but their defensive woes seem to be ongoing.

Höwedes now has four international appearances under his belt and looks set to add to that tally if he carries on in his current form, despite Schalke 04 having a dismal 2010-11 campaign.

The German club are now enjoying a more successful term without the strain of a Champions League tournament, and the centre-back will be hoping the interest will continue.