Home » Football » Arsenal » Arsenal will be better in 2015, says Wenger

Arsenal will be better in 2015, says Wenger

Arsene Wenger says his team will improve in 2015 after claiming that it is ‘nearly impossible’ that they will have as many injury problems in the next 12 months. 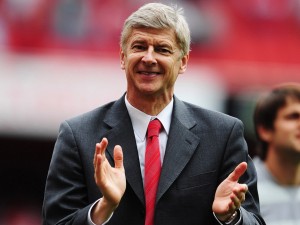 The Gunners have been struck with crisis after crisis this season, as key players in all positions have suffered injuries, something that Wenger puts down to so many of his stars taking part in the World Cup.

Mesut Ozil suffered a dip in form before picking up a serious injury in October, while Lukas Podolski has failed to break into the first team this season. The German star was one of several Arsenal players who were involved deep into last summer’s World Cup

But the Arsenal boss is adamant that, with a full squad, his side will be better in the coming year.