The Frenchman admits that the traditional, powerful English defender has become a dying breed, not just at Arsenal but throughout the Premier League. John Terry is the last of the traditional English central defenders.

He said that with better pitches and a more cultivated approach to training in youth academies might have killed off the old-fashioned English centre-half in the tradition of Tony Adams, Martin Keown and Wenger’s current assistant, Steve Bould.

Indeed Wenger believes John Terry may be the last of a generation raised to defend aggressively. 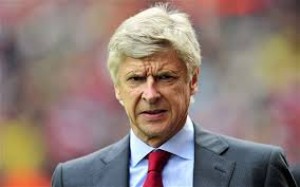 “John Terry is a coach on the pitch. He’s a Tony Adams, basically, (who) organises the team, because he has huge experience now and because he reads the game well” said Wenger.

But Wenger insists he still has hopes that his own troubled back four will eventually match the great Arsenal defensive teams of the past. “Maybe Gary Cahill in five, six, seven years will be like that as well. He is the right age” he added.

He said the game has become more technical, as we find more players who may have good technique. Maybe as well our societies are less aggressive.

As, in the football education system, you cultivate that intense desire less and it’s more about the quality of the technique and maybe that creates fewer defenders.