Arsene Wenger confirms Arsenal scouts are looking for a defender

The Gunners gaffer has admitted that he has tasked his scouts with finding a new defender to purchase in the January transfer window, and insisted that they were working very hard to try and determine a suitable candidate.

So far this season the Gunners have struggled to cope with injuries at the back, and the uncertain form of Per Mertesacker – last week compared to a rhinoceros by Wojciech Szczesny’s dad – has done little to plug a leaky defence.

Having consented to the departure of both Thomas Vermaelen and Bacary Sagna this summer Wenger was placed under immediate pressure to ensure that his team was solid enough to challenge the likes of Manchester City and Chelsea without falling short due to defensive woes. 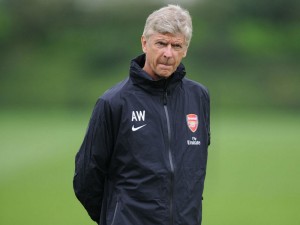 However summer import Mathieu Debuchy has played far fewer games than he would have wished through injury, and Laurent Koscielny, Kieran Gibbs and Calum Chambers have also sat out of matches thanks to differing complaints.

As such the acquisition of a stout centre-back – one who can handle the rigorous of Premier League football – is said to sit top of Wenger’s transfer priorities list. When asked during this morning’s press conference ahead of the weekend’s difficult trip to Manchester City, the Gunners boss confirmed such.