Arsenal are in talks to sign Villarreal centre-back Gabriel Paulista but any deal is likely to hinge on obtaining a work permit for the 24-year-old Brazilian. But the North Londoners may have to wait for work permit for Brazilian defender. 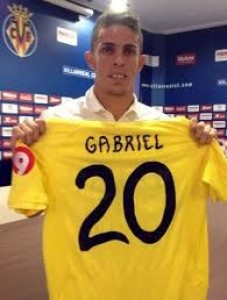 Gaffer Arsene Wenger has been hugely impressed by the form of Paulista during an unbeaten run at Villarreal that dates back to the beginning of November and has been built on a miserly defence.

The Frenchman regards Paulista as a potential short and long-term answer to Arsenal’s shortage of defenders but there are still obstacles to overcome both with regards to a fee and work permit.

The Gunners are understood to be proposing an initial fee of around £6 million that could potentially rise beyond £10 million while Villarreal are holding out for their release clause of £15.25 million (€20m) being met.

There is also competing interest from Manchester United but Paulista himself has already indicated that he would be keen on a move to Arsenal.

Paulista is yet to play for Brazil and Arsenal would certainly want to avoid any repeat of the situations with Joel Campbell and Carlos Vela, who first played on loan abroad before their work permits were confirmed. “The subject is being discussed by my agent and the club,” said Paulista