The Arsenal manager is still desperate to sign a holding midfielder who has the ability to be close to Patrick Vieira.

After being able to sign Gabriel Paulista a few days back from Villarreal, Arsene Wenger has made it his top transfer priority to bring in a world class holding midfielder to the Emirates. 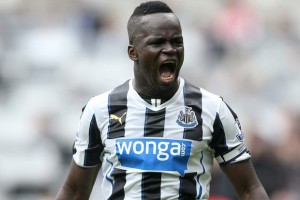 According to sources, the Frenchman is happy with the defenders he has at the moment but is still desperate to sign a holding midfielder who can play that anchoring midfielder role which has eluded the Gunners for a long time.

Wenger’s preferred target is Southampton and France midfielder Morgan Schneiderlin but the player has already stated that he might not consider leaving the club halfway through the current season.

However, if the Saints do not succeed in securing a place in the Champions League, the France international will consider leaving Saint Mary’s.

Knowing all this, Wenger is also going to try his luck with Ivory Coast international, Cheik Tiote whose performances at Newcastle United have rarely gone unnoticed.

Indeed, the Ivorian would add a lot of grit and fire in the Gunners midfield – something that has been missing since Vieira left the club all those years ago.