The Frenchman believes scrapping the work permit requirements would help develop home-grown players in the Premier League and could have seen the likes of Argentina star Angel Di Maria arrive in England much earlier.

Arsenal remains hopeful of securing a deal to bring in Villarreal centre-back Gabriel Paulista, but any move would need Home Office approval as the 24-year-old defender does not meet the current required international criteria as he is yet to represent Brazil. As such, Arsenal would need to convince a Football Association hearing that the player was an “exceptional talent”. 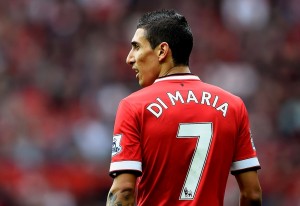 Wenger has long championed the complete freedom of movement for talented players, no matter what their passport says, and believes there is an argument to make football a special case to scrap all the government red tape.

“Ideally it would open completely, and anyone can come in. We had identified (Angel) Di Maria when he was 17. We saw him in an international competition and we wanted him to came here.” said Wenger.

“But he goes to Portugal, and from Portugal he goes to Spain. Why? Because he could not get a work permit (for England), so that means you can only get him to England once he is worth a huge amount of money.” he added.