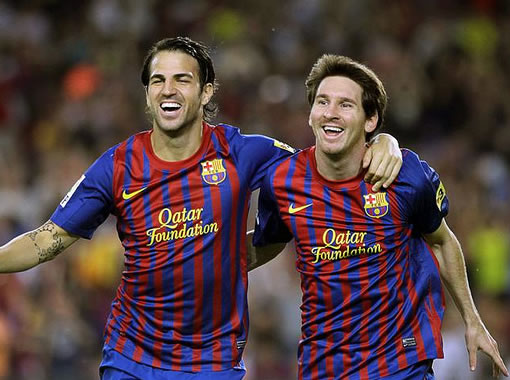 The Stoke based firm have announced they have a number of live streams across a number of different sports, including a variety of fixtures from La Liga.

Barcelona sit in the not too unfamiliar position at the top of of La Liga table ahead of this weekends match with a visit to the Mestalla stadium, home of Valencia.  Miroslaz Dukic will be hoping his side will be able to aide dispossess the reigning champions from the top spot, but it could be a tough ask for Dukic’s side.

Valencia have not beaten this weekend’s vistitors since the 2006-07 season when they secured a rare victory with goals from Miguel Angel Angulo and David Silva.  But Gerardo Martino, the new Barcelona manager, has had a robust start to his tenure at the Nou Camp and will be oping for this third league victory in a row.

You can watch all the action this Sunday from La Liga with Bet365. Simply click here to forward to the special landing page and navigate to ‘Live Streaming’ at the top of the page and continue to the La Liga streams. You can also claim £200/€200 in free bets as you watch! Exclusive!

Martino comes into the match on the back of a baptism of fire in Champions League terms, with his side been drawn this week in a highly competitive group with AC Milan, Ajax and Glasgow Celtic, who defeated the Spanish giants in Glasgow in last seasons group stage.

But his side’s form is solid not only in league terms, The Catalans won the Spanish Super Cup, defeating Atletico Madrid on away goals.

Martino dedicated the victory to Barca’s former manager Tito Vilanova who was forced to resign from Barcelona this summer as he continues his brave battle with cancer.

Martino said: “The fact Barcelona won the trophy does not change anything, this triumph came about because of what happened last year. In the end I ended up winning it because of an unfortunate turn of events.

“This trophy belongs to the players, to Tito Vilanova and the rest of the coaching staff.”

Valencia on the other hand were not overly impressive in their 3-1 defeat to Espanyol last weekend which left coach Miroslav Dukic far from happy, saying his side “are not as good as they think they are” and even saying that he was ashamed of the performance.

Oriol Romeu who is on loan from Chelsea at Valencia for the season could feature in his first start for the side against the team where he was part of the youth set up.

An improved performance will be expected from the hosts on Sunday but it is still difficult to see beyond the visitors leaving with all three points and maintaining their 100% start to the season.

This corresponding fixture last season resulted in a 1-1 draw, a result that Dukic would be quite content with achieving again based on the form of the two sides.

The game kicks off from the Mestalla Stadium in Valencia at 20:00 GMT.