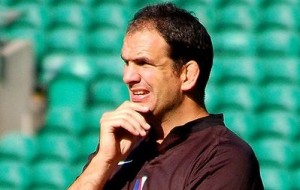 England scrum half Ben Youngs has defended the actions of fellow team mate Manu Tuilagi after the centre was fined yet again, this time for “jumping ship” off a ferry at the Auckland Ferry Terminal.

Whilst the competition for England was already over, officials of the Rugby World Cup (RWC) handed Tuilagi a further fine of £4800 and reminded him of his duties whilst in the public eye. Tuilagi was also fined last week for wearing a gumshield depicting some form of advertisement, something that is against the RWC rules.

Whilst the “Tuilagi gumshield” incident was indeed a simple error, the ferry jumping was not, but Ben Youngs defends the centre, claiming it was just a bit of banter.

“That’s another incident where perhaps it isn’t that bigger deal, but naturally it’s going to come out like that because we are in the public eye, I feel sorry for Manu, he’s a 20-year-old kid who has just jumped off for a bit of banter, then swam 10 metres in. It’s hard for me to comment about that because I wasn’t there, but the tournament was done and dusted then.”

The England scrum half did have praise for manager Martin Johnson though and insists that he is the man to take the side forward. Johnson is expected to go over the details of his time in charge with RFU director and former England fly half Rob Andrew over the next month in the hope that some common groud can be found to extend his current deal which comes to an end in December.

“Johnno is definitely the man for the job, hopefully the RFU will keep hold of him.”