Real Madrid number 9, who has been linked with a move to Anfield as a replacement for the misfiring Mario Balotelli. While Thompson says Forget Berahino, and go and get Lavezzi or Higuain.

According to reports in Spain, the French international striker now has his heart set on a move to the Premier League.

Benzema has reportedly grown tired of the criticism he receives from Carlo Ancelotti and believes the work he does on the pitch is not properly appreciated.

The Reds must forget signing Saido Berahino and buy a big-name centre forward to solve their issues in front of goal, according to Phil Thompson.

In recent weeks, Reds boss Brendan Rodgers has been linked with a £20m move for West Brom striker Berahino, who sparked rumours about his future at The Hawthorns after not celebrating any of his four goals against Gateshead in the FA Cup on Saturday. 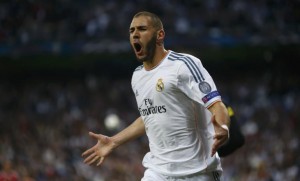 However, FootballAnalyst Thompson believes Liverpool, who have been without Daniel Sturridge through injury since August, should target deals for Argentinean duo Gonzalo Higuain or Ezequiel Lavezzi to cure their goal problems.

“I think that Liverpool need someone who is a bit more established and who has played at a higher level like Gonzalo Higuain or Ezequiel Lavezzi, somebody of that ilk to come in following the news about Steven Gerrard’s departure.” said Thompson.