Besiktas president Fikret Orman has confirmed he is still negotiating with Chelsea over the purchase of Mohamed Salah and taking Nathan Ake on loan for the second half of the season.

Salah has made just nine starts since joining from Basle for £11m last January and will be sold for the right price or loaned out himself.

Holland Under-21 international Ake is highly rated by manager Jose Mourinho but could be allowed to leave temporarily to get more first team football.

Orman was at Chelsea’s victory against Newcastle at Stamford Bridge last week as he continued his pursuit of the duo. 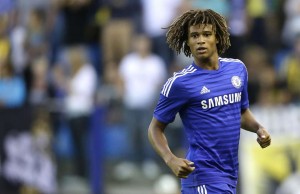 “I was in England and held talks with Chelsea but it would be wrong to disclose who the negotiations were regarding” said Orman.“The talks are ongoing, if I was to tell you who the transfer was regarding it could make the move more difficult.” he added.

Ake played in Chelsea Under-21s 2-1 victory over Porto in the Premier League International Cup last night and hinted Mourinho wants him to stay at Stamford Bridge.

Mourinho has used him in a number of positions since giving him a chance to train with the first team squad in pre-season and Ake, who has just recovered from a hamstring injury, could be a useful fringe member of the squad as they fight for four competitions.

“I am feeling good. After the injury I have been getting back to fitness. It’s good to be back. You learn every time you play in a different position and it’s been getting better every time”said Ake.