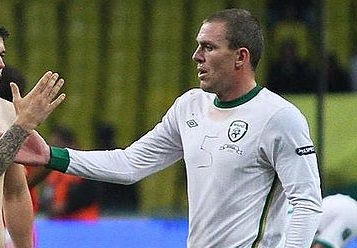 Bolton Wanderers manager Owen Coyle is prepared to use a percentage of any money received for the sale of Gary Cahill to Chelsea on a direct replacement and has pinpointed Aston Villa and former Manchester City defender Richard Dunne.

The Republic of Ireland international has just turned 32 years of age and as Alex McLeish begins to try and rebuild an Aston Villa side that have lost key players over the last 6 months is well prepared to allow the experienced defender depart if the price be right enough.

At his current age though McLeish realises that there will not be too many high bids coming in for Dunne but the club are expecting a generous offer from Bolton which should give McLeish the extra cash required to add to his squad.

Bolton meanwhile will be looking to add an experienced head at the back when they do lose Cahill and feel that Dunne could be the man to drag them out from the depths of relegation. Bolton boss Owen Coyle is also looking to add at least another two players to his squad in January.