The Frenchman, Loic Remy who scored the second goal in Sunday’s 3-0 FA Cup win against Watford, felt it was important to bounce back quickly and secure a positive result following the New Year’s Day defeat at Tottenham.

He completed the full 90 minutes and took his goal extremely well, adjusting his body and dispatching a right-footed strike beyond Watford goalkeeper Jonathan Bond.

“It was a cup game so you cannot make mistakes, it was important to win the game, especially after the last two matches, a draw and a defeat” said Remy.

The Chelsea’s attacker added that it was really important, even though there were different players on the pitch. For them it is always the same objective, and that is to win games. 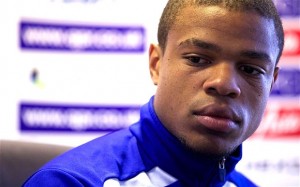 Jose Mourinho’s side remain in the hunt on four fronts of FA Cup, and with a two-legged Capital One Cup semi-final against Liverpool to come in a few weeks, before the return of the Champions League, and a tie against Paris Saint-Germain, next month.

Remy said that It is going to be hard but his side want to win every competition, because that’s makes difference of the mentality and quality of their squad.