West Ham manager Sam Allardyce admitted he would not be surprised to learn Reid already has a verbal agreement with a new club.

Allardyce confirmed on Monday he expects the centre-back to leave in the summer, when his current contract expires.

The Hammers gaffer has made it clear the club are unwilling to sell Reid in the January transfer window for a cut-price deal, as they would rather retain his services until the end of the campaign. 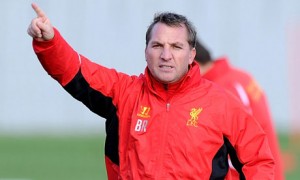 Allardyce says West Ham have put “a million offers” to the 26-year-old, who has been linked with the likes of Arsenal and Liverpool, over the past year, but there has been no progress.

Meanwhile, Liverpool youngster Suso is set to leave the club after reportedly signing a pre-contract agreement with AC Milan.

The 21-year-old Spaniard was once tipped to be a star for the club after breaking into the first team at around the same time as Raheem Sterling.

Suso spent the entirety of last season on loan at Almeria and is now set to further his career at Milan where, according to Di Marzio, he has signed a four year contract.