The Reds gaffer Brendan Rodgers has claimed that the January transfer window will not signal the end of Mario Balotelli’s Anfield career.

The former AC Milan striker has struggled to make his mark for the Reds since joining from AC Milan for £16m back in August and the ex-Rossoneri frontman has managed just two goals all season. 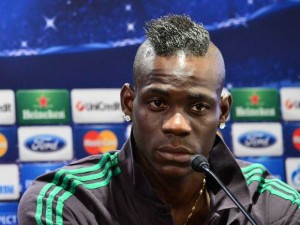 The Italian is yet to register in the Premier League and has been linked with a return to his homeland with Napoli, Inter Milan and Juventus said to be monitoring the situation.

Brendon Rodgers, who saw his shot-shy side held to a goalless draw with Bolton in the FA Cup on Saturday, has said that Balotelli is staying put to try and make the grade with the five-time European Cup winners.

The Liverpool gaffer , who celebrated his 42nd birthday on Monday, said:

“It’s been a difficult period for Mario but he wants to fight for an opportunity here. The opportunity is there.”

He also confirmed that he is unlikely to have a busy end to the transfer window, despite being linked to a whole host of names this month.

“I don’t think [we’ll be active],’ he added. ‘Unless something dramatic happens we will go with what we have.”