The Reds boss Brendan Rodgers has publicly ruled out a January return for the young striker last month but it seems that he has changed his mind, and is now actively trying to cut-short the ‘monster’ striker’s loan spell with Lille.

When asked in December about Origi’s status, Rodgers dismissed reports that the striker will ‘come back early’. “The deal was put in place quite clearly in the summer that he would stay at Lille for the season, and then we would get him after that. As far as I’m concerned, that’s still the case.” said Rodgers.

Now on Friday, Rodgers appeared to backtrack on his earlier comments, when he told reporters that Origi is a player that will definitely be here next summer. Whether he will be here in January has been under discussion, but nothing more to report on it. 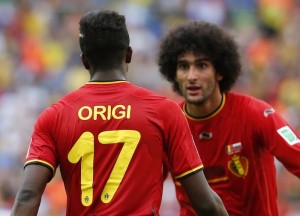 Clearly, if Liverpool are in discussion with Lille, then there can only be one reason for that, the club is trying to negotiate a compensation package to facilitate Origi’s early arrival at Anfield.

Lille are certainly amenable to a deal, and Director Jean-Michel Van Damme confirmed last week that they didn’t get any proposal for early return. Now if Liverpool spend another €7m (£6m) on Origi to quash his loan spell, then that will make his transfer fee £16m overall.

Liverpool desperately need a new striker, but mostly analysts are totally against breaking Origi’s loan spell. After spending £120m over the summer, Liverpool shouldn’t need to rely on him for a mid-season boost, and the fact it’s even being contemplated is just another sad indictment of Rodgers’ suspect performance in the transfer market.