In Last week, Liverpool gaffer Brendan Rodgers revealed that he expects Daniel Sturridge to make his long-awaited return ‘in some part of January’, and according to the man guiding him through injury rehabilitation, Sturridge’s persistent injury problems may finally be over.

When asked about Sturridge on Friday, Rodgers confirmed that the striker is in the final stages of his rehab.

As, recent history proves that Sturridge cannot maintain regular fitness, but according to his fitness expert Scott Schrimscher, Sturridge may finally have licked his injury problems. 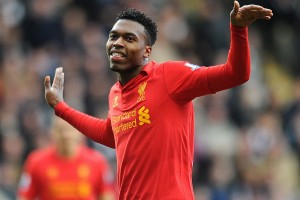 “The methodology we utilized is supported by four main pillars: mindset, movement, nutrition, and recovery and it is that holistic and seamlessly integrated system that will help Sturridge improve performance on the pitch.” he said.

Rodgers’ usual hyperbole aside, the key phrase in his eulogy above is clearly: ‘if he can stay fit’. Sturridge appears to mentally strong, but when he finally returns, will he be able to approach every game full-throttle, or will his performance be slightly restricted by the understandable fear of sustaining another injury?

Schrimscher being one of Sturridge’s biggest advocates, but he is, sadly, unreliable, and this may have a knock-on impact on his future Liverpool career.