Cesc Fabregas says Chelsea have put Spurs defeat behind them

The Spaniard Cesc Fabregas believes Chelsea are firmly back on track with their Premier League title challenge after their mini-slump around the turn of the year.

The Blues were caught by Manchester City at the top of the table on New Year’s Day after drawing 1-1 at Southampton and then losing 5-3 at London rivals Tottenham.

However, they returned to winning ways by beating Watford 3-0 in the FA Cup and followed that up by defeating Newcastle 2-0 at Stamford Bridge last weekend, as City drew at Everton, to move two points clear again at the summit.

“We have recovered from the Christmas schedule. It was tough but we feel that we had a few days to rest.” said Fabregas. “There is never complacency at Chelsea, we just want to win every game. Of course that’s not possible through the season, there are many, many games.” said the Spanish playmaker Fabregas. 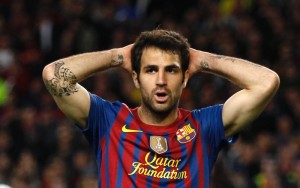 The former Barcelona star said that we can always have a bad day when things won’t go our way. But he is ready for the challenge.  He added that his side have recovered from the Christmas schedule. It was tough but feel that now they has a few days to rest.

Fabregas has rated as one of the key players for the Chelsea in this season after his signing in summer, and played brilliantly for the Blues on his return to Premier League.