Chelsea to bid £40m in the summer for Paul Pogba

The Blues are preparing a £40m bid in the summer for Juventus’ highly sought-after midfielder Paul Pogba, who is also a key target for Premier League rivals Manchester United, while City are also believed to be interested, according to reports in media. 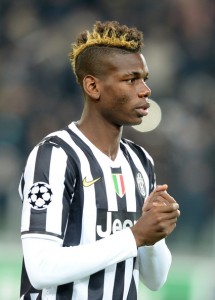 The 21-year-old left Old Trafford back in 2012 after failing to break into the first-team under Sir Alex Ferguson, but the reports claim it now seems Jose Mourinho is keen to bring the France international back to England ahead of the Red Devils.

As, the Blues’ season going very well, as they currently sit at the summit of the Premier League and are still on track in three cup competitions.

The Portuguese manager is looking ahead to next season already and is hoping the acquisition of Pogba can strengthen their grasp on both domestic and European football.

Not breaching the UEFA’s Financial Fair Play, Chelsea will look to sell German World Cup winner Andre Schurrle and the media have also reported that a £20m deal with Wolfsburg may materialise soon. While bids for midfield trio Mohamed Salah, Ramires and John Obi Mikel would also be welcomed.

The former Manchester United player could line up alongside current Fiorentina winger Juan Cuadrado, valued at £26.8m, who the English media believe is in talks with a move to West London this month.