According to media reports, The Blues are considering offering a contract to Micah Richards.

His Lack of playing time and the arrival of Bacary Sagna from Arsenal on a free transfer last summerforced gaffer Manuel Pellegrini to let Richards leave the club.

The Manchester City full-back is currently on loan at Fiorentina, and because of his contract expires in June, can sign a pre-contractual agreement with clubs overseas.

The Italian side have apparently offered him a contract twice but would surely be trumped by an offer from Chelsea.

Jose Mourinho has been a long-term admirer of the defender and tried to sign Richards during his time in charge of Real Madrid as well as his first spell as Blues boss. 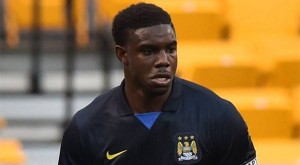 Once the next big thing of English football, Richards is still the youngest ever defender to receive a cap for the England national team.

Along with Chelsea, other interested clubs include Liverpool, who want to replace Glen Johnson, and Inter Milan, where his former City manager Roberto Mancini holds the reins.

Meanwhile, Chelsea are also set to beat Arsenal and Liverpool to the signing of Rayan Souici, who has been dubbed the ‘new Paul Pogba’.

Jose Mourinho’s side are reported to have agreed a deal with St-Etienne for the France U-16 star and hope to complete the move this week.